DENVER, Oct. 9, 2020 /PRNewswire/ — For the past 37 years, Denver, Colorado has hosted Great American Beer Festival (GABF) – the world’s largest beer competition and the preeminent beer festival in the U.S. In the nine days leading up to the festival, Denver also hosts its own annual celebration of all things beer with Denver Beer Week, featuring special events at breweries, taphouses and various venues hosted by the hundreds of local and national brewers participating in GABF. As with many things this year, GABF and Denver Beer Week 2020 look different, including a transition to a virtual GABF experience, which can be enjoyed online from anywhere, and the first-ever take home and virtual Denver Beer Week offerings. 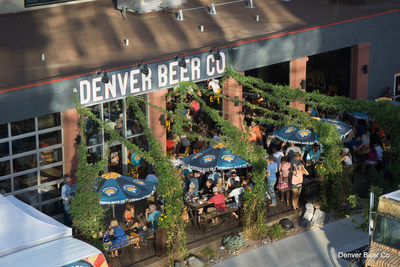 Denver has long been known as a «beer capital» – having been named one of the top beer cities in the country by CNN, USA Today, Forbes and Food & Wine Magazine; and Colorado boasts the second highest number of breweries in the country with more than 425 and counting. The brewing industry that is such an integral part of the Denver and Colorado way of life has suffered significantly during the pandemic, compelling VISIT DENVER to focus efforts on helping local brewers through the difficulties they are facing.

«Beer and the brewing industry are a pillar of Denver’s culture and lifestyle, sustained by many local small businesses that are struggling right now,» said Richard Scharf, president and CEO of VISIT DENVER. «Denver Beer Week has celebrated the city’s status as the capital of craft beer for years; and this year the community needs to come together to support these breweries more than ever before.»

Keeping the health and safety of the community top of mind, Denver Beer Week aims to assist these local business through promoting safe, in-person events, as well as take home and virtual options for the first time ever, at local breweries; exclusive, on-site deals at nearly 40 Denver breweries with the new GABF Festival Passport; and an updated Denver Beer Trail, so beer can lovers support their neighborhood favorites throughout Denver Beer Week and year-round.

Below are just a few ways to participate in GABF and Denver Beer Week. For more details, including local and virtual Denver Beer Week events and information on how to purchase GABF Festival Passports, go to the VISIT DENVER website.

GABF Virtual Festival & NEW Festival Passport + Denver Breweries
This year’s 39th Annual GABF will include a two-day online experience on October 16-17, in addition to exclusive on-site deals at more than 1,000 breweries from all 50 states from October 1-18. And, although the festival will not be in-person this year, Colorado is still showcasing its beer capital status with the highest number of participating breweries of any state – 146 statewide.

The virtual GABF sessions will cover a variety of topics including tips and tricks to enhance beer knowledge and enjoyment; stories from craft beer luminaries; profiles of breweries and individuals that are transforming their communities; and beer and food pairing demonstrations.

Denver Beer Trail
As part of Denver Beer Week, VISIT DENVER creates the annual Denver Beer Trail – a fun, helpful guide to America’s greatest beer city. The 2020-21 online edition features 40 breweries around the city, as well as tours, year-round events, the history of Denver’s beer culture and more. Suds seekers can use the interactive map to find a Beer Trail brewery near them.

Celebrating 111 years of promoting The Mile High City, VISIT DENVER is a nonprofit trade association that contracts with the City of Denver to market Denver as a convention and leisure destination, increasing economic development in the city, creating jobs and generating taxes. A total of 17.7 million visitors stayed overnight in Denver in 2019, generating $6 billion in spending, while supporting more than 60,000 jobs, making Tourism one of the largest industries in Denver. Learn more about Denver on the VISITDENVER website and at TOURISMPAYSDENVER or by phone at 800 2 Denver. Denver International Airport (DEN; flydenver.com) connects The Mile High City to more than 200 destinations worldwide. Follow Denver’s social media channels for up-to-the-minute updates at: Facebook.com/visitdenver; Twitter.com/visitdenver; Instagram.com/visitdenver; and YouTube.com/visitdenver. 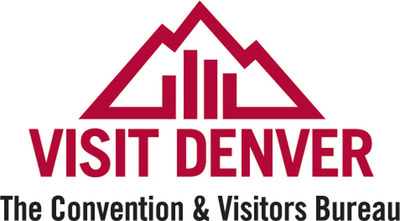 Turn the Page on 2020 with the Executive Service Corps