WASHINGTON, July 6, 2021 /PRNewswire/ — In a major victory, The American Center for Law and Justice (ACLJ) has obtained a critical email from current White House Press Secretary Jen Psaki from when she was State Department Press Secretary during the Obama-Biden Iran deal negotiations. 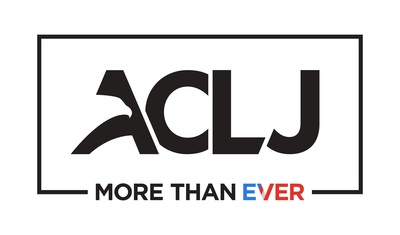 «They lied to the American people about the most critical and controversial diplomatic negotiations in decades.»

The email – which had been redacted but was ordered to be turned over to the ACLJ unredacted as part of a five-year-old lawsuit against the State Department – shows that the Obama Administration was trying to «shut . . . down» and «battening down the hatches» on any public discussion of the secret Obama-Biden bilateral negotiations with Iran on the disastrous Iran deal.

The court agreed with the ACLJ and rejected the State Department’s claims that this was protected by the presidential communications privilege. The Biden State Department was required to turn over this information directly to the ACLJ, which has now obtained the full email.

«It’s rather alarming that Ms. Psaki has authorized herself to determine when she should and should not tell the truth, considering that she now speaks for the White House and President Biden,» says Jordan Sekulow, ACLJ Executive Director. «The Obama Administration – of which then-Vice President Biden was an integral part – engaged in closed-door negotiations with Iran, the leading state sponsor of terrorism in the world, long before the public knew. And then they tried to obscure the facts to cover it up. They lied to the American people about the most critical and controversial diplomatic negotiations in decades.»

This is a critical victory but raises new questions: Why was the Obama-Biden Administration so intent on keeping this information from the American public, and why is the Biden Administration continuing that effort? The ACLJ will continue to press for answers as we litigate a number of FOIA lawsuits that seek answers to these questions.

About ACLJ: The American Center for Law and Justice (ACLJ), focusing on the preservation and defense of constitutional rights, is based in Washington, D.C. For more information, visit https://aclj.org/.