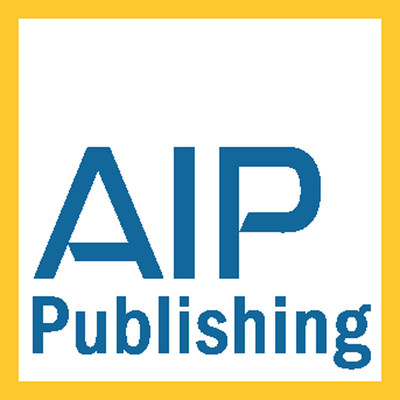 Foster’s work was chosen from papers published in Physics of Plasmas, from articles that were the most highly cited and highly downloaded articles from the past five years. The annual award of $5,000 is presented in collaboration with the American Physics Society Division of Plasma Physics and recognizes outstanding plasma physics research by a Physics of Plasmas author.

«AIP Publishing and Physics of Plasmas are delighted to present John Foster with the 2020 Ronald C. Davidson Award for Plasmas Physics,» said Jason Wilde, chief publishing officer at AIP Publishing. «This award, now in its fifth year, is in honor of the exceptional contributions of the late Ron Davidson, the long-time editor-in-chief of Physics of Plasmas.»

Foster’s 2017 paper focused on freshwater scarcity and how plasma-based water purification could assist in the removal of micropollutants in both drinking water and wastewater. Foster said he is concerned about the threat of chemical pollutants that can accumulate in the body and ultimately impact human health.

«While the interaction of plasma with liquid water poses a range of yet unresolved science questions, it is this very interaction that is key to unlocking the potential of bringing to bear the power of plasmas for the removal of contaminants in water,» he said. «My group and colleagues researching this subject around the world remain committed to the pursuit of plasma-based solutions to a host of environmental problems. I express thanks for this award on behalf of myself and the many researchers around the world operating in this field.»

Foster, a professor of nuclear engineering and radiological sciences at the University of Michigan at Ann Arbor, was recently named an associate fellow of the American Institute of Aeronautics and Astronautics for his work on spacecraft propulsion.

This year’s award selection committee, consisting of Joel Dahlin, representing the APS-DPP, and Kurt Becker, Michael Desjarlais, Lorin Matthews, and Barrett Rogers, from the Physics of Plasmas Editorial Board, reviewed the top cited articles and nominated several authors from across the topical focus areas of Physics of Plasmas. The final selection was made by vote of the full Editorial Board.

The presentation of the 2020 Ronald C. Davidson Award for Plasma Physics will be presented to Foster during the online Zoom Physics of Plasmas Reception in honor of authors and invited speakers at 5:30 p.m. on Tuesday, Nov. 10 as part of this year’s 62nd Annual Meeting of the APS Division of Plasma Physics.

ABOUT THE RONALD C. DAVIDSON AWARD FOR PLASMA PHYSICS

The award is provided by AIP Publishing in honor of Ronald Davidson’s exceptional contributions as Editor-in-Chief of Physics of Plasmas for 25 years. The annual award of $5,000 is presented in collaboration with the American Physical Society’s Division of Plasma Physics and recognizes outstanding plasma physics research by a Physics of Plasmas author.

AIP Publishing is a wholly owned not-for-profit subsidiary of the American Institute of Physics (AIP). AIP Publishing’s mission is to support the charitable, scientific and educational purposes of AIP through scholarly publishing activities in the fields of the physical and related sciences on its own behalf and on behalf of our publishing partners to help them proactively advance their missions.

The American Physical Society is a nonprofit membership organization working to advance and diffuse the knowledge of physics through its outstanding research journals, scientific meetings, and education, outreach, advocacy, and international activities. APS represents over 55,000 members, including physicists in academia, national laboratories, and industry in the United States and throughout the world. Society offices are located in College Park, Maryland (Headquarters), Ridge, New York, and Washington, D.C.

Delek US Holdings Comments on Incident at El Dorado Refinery

American Pharmacists Association Comment on Authorization of Janssen Vaccine: We are Ready to Continue this Work