WASHINGTON, Sept. 1, 2020 /PRNewswire/ — The American Battlefield Trust is pleased to announce that longtime chief development officer David N. Duncan has been named the organization’s new president, effective October 1, 2020. The appointment comes after an eight-month search and the unanimous vote by the organization’s Board of Trustees. Duncan has spent more than two decades overseeing the Trust’s membership and development efforts. 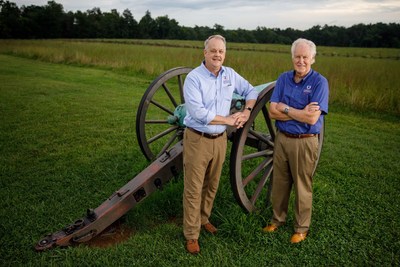 «As I take up this challenge and look to the future, I am energized and optimistic — even in the midst of a worldwide pandemic — because I truly believe that we are accomplishing work that is vital to the future of our country,» said Duncan. «As we approach the nation’s Semiquincentennial in 2026, we have an unprecedented opportunity to combine historic preservation, modern technology, compelling educational content, and groundbreaking media delivery platforms to engage vast audiences in learning about our nation’s history.»

Duncan’s appointment as president comes following the retirement of James Lighthizer, the beloved figure who has led the Trust since late 1999 and was responsible for its growth from a modest organization into the nation’s foremost historic land preservation group and a leading voice for history education. A former county executive and Maryland Secretary of Transportation, Lighthizer remains firmly committed to the organization, accepting a lifetime appointment to the Board of Trustees as president emeritus.

«There is no one at the Trust who has worked more closely with me than David,» said Lighthizer. «He already has a deep knowledge of the functions of all departments, as well as the support of his colleagues. I have no doubt he will hit the ground running, and not miss a beat.»

A native Virginian, Duncan is a graduate of James Madison University. As the loss of historic landscapes made headlines, particularly in Virginia, during the mid-1990s, he joined the young Civil War Trust as a dues-paying member. In March 2000, following the merger of two smaller groups that have evolved into the current organization, he became part of the professional staff, overseeing fundraising that has protected just under 45,000 acres across the nation.

The American Battlefield Trust is dedicated to preserving America’s hallowed battlegrounds and educating the public about what happened there and why it matters today. The nonprofit, nonpartisan organization has protected nearly 53,000 acres associated with the Revolutionary War, War of 1812, and Civil War. Learn more at www.battlefields.org.