Combining the competitive aspect of eSports with the highly social nature of board games, Beat The Bomb Online is accessible to kids and adults of all ages and skill levels. The 45-minute end-to-end experience sees teams of up to six players undertake a series of digital games. The team’s goal is to earn time on their "Bomb Clock" before trying to disarm a digital bomb in the final online room. The platform can host multiple teams competing in live head-to-head "Battle Mode" matches and giant company or school-wide tournaments. The company can also design bespoke experiences for conferences and education programs.

"We always knew we’d take our amazing physical gaming experience and put it online to reach more people," said Beat The Bomb CEO Alex Patterson. "Because of the pandemic, we had to get creative and act quickly to accelerate that process. At the same time, we strongly believe that people still want to get together IRL to socialize, which is why we intend to expand our physical footprint over the coming years. With these two offerings–physical and virtual–our vision is to build an ecosystem of experiences that truly connect players in a way that existing video games do not."

At launch, the ticketed virtual experience will be hosted by a Beat The Bomb Facilitator and the platform will carry three of Beat The Bomb’s top games, including Sequencer, a numbers game, Echo Chamber, a sound and pattern game, and Cyberbot, a Pac Man-esque challenge.  The company plans to adapt the game for mobile and add a self-hosted subscription product in the coming months. They aim to have over 100 games by the end of 2021 playable online and in locations opening across the country.

From the beginning, Patterson and his team set out to create the ‘XBOX of immersive gaming’– a collaborative gaming system that would be endlessly reprogrammable–and which could test a team’s communication, coordination, intelligence, and decision-making skills in real-time. Taking inspiration from Escape Rooms, 80s arcade games, and 90s TV game shows, Beat The Bomb is pioneering the concept of Digital Sports, with physical locations that allow players to get out from behind their computers and into the games themselves. The online platform will replicate the physical experience of moving from room to room and allow players to engage with the hyper-social gaming content from wherever they are.

Beat The Bomb also reopened its physical location on Sept. 10th, with new product offerings including Battle Mode, a team vs. team competition; Pro League, for advanced levels and tournament play; and Ballz Bomb, a new special-effects ending that blasts hundreds of foam balls and Co2 at your team if you fail to disarm The Bomb!

While PPE has always been part of the Beat The Bomb experience, the team has dedicated even more resources to ensure the safety of its customers and employees as part of its reopening. Hazmat suits, face masks and shields, sanitizing stations and barriers will physically protect players and employees, while dedicated time blocks for private groups and an online reservation system provide minimum contact throughout the experience.

About BEAT THE BOMB

BEAT THE BOMB’s purpose is to Engineer Human Connection. They are the world’s first immersive social video game company and the developers of a connected gaming platform which supports both a live, in-person experience at its flagship location in Brooklyn and an online remote gaming platform.  Founded by Alexander Patterson, former Chief Marketing Officer of Tough Mudder LLC., BEAT THE BOMB has seen over 100,000 players in its first two years and is rated as among the top tourist attractions in NYC. In addition to offering its online gaming platform across the world, Beat The Bomb will be expanding its physical footprint in the US, starting with a Philadelphia location in early 2021. 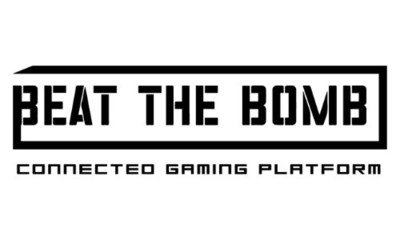