RESTON, Va., Sept. 7, 2020 /PRNewswire/ — As the Labor Day weekend marked a critical test for the resumption of U.S. theatrical releases amid the ongoing COVID-19 pandemic, Comscore (NASDAQ: SCOR), a trusted partner for planning, transacting, and evaluating media across platforms, today confirmed that Warner Bros.’ «Tenet» is continuing its successful run in theaters with a solid debut this past holiday weekend in North America. This builds on an impressive international opening a week ago that has raised the fortunes of the latest film from auteur Christopher Nolan to nearly $150 million in multiplexes worldwide.

Despite only 65 percent of the domestic theatrical marketplace being open, and with 25 – 45 percent limits on auditorium capacity, «Tenet» brought in over $20 million dollars in the U.S. and Canada. The film continues to play strongly internationally with the film grossing $30 million in China and capturing over 50% of the market share in a number of other foreign territories.

«The theatrical exhibition and distribution businesses, though largely sidelined by the tragic circumstances of a global pandemic, have proven to be resilient, adaptable and nimble while simultaneously confronting the realities of this challenging and unusual marketplace,» said Paul Dergarabedian, Senior Media Analyst, Comscore.

The U.S. and Canadian excitement for «Tenet» matches the extraordinary appetite of audiences around the world who have flocked to theaters recently. Despite public health safety restrictions, South Korea has successfully unveiled several marquee movies over the summer. In Spain, audience demand was high for the sequel of the highest grossing 2019 local title movie. The sequel, Padre No Hay Mas Que Uno 2, opened with even greater figures than the original.

«Our partners in exhibition have gone to extraordinary lengths to provide a safe return to theaters, and we applaud and support their efforts,» said Arturo Guillen, Executive Vice President and Global Managing Director, Comscore Movies. «We are very encouraged with the initial box office results as we await openings in more markets and theaters in the coming weeks.»

Comscore has tracked and analyzed all aspects of theatrical distribution and exhibition, from the resurgence of drive-ins during the summer months to the pivotal release of Solstice’s «Unhinged» starring Russell Crowe back in August and the efforts by many of the big Hollywood studios to support the movie theater experience in the midst of an unprecedented global pandemic.

About Comscore
Comscore (NASDAQ: SCOR) is a trusted partner for planning, transacting and evaluating media across platforms. With a data footprint that combines digital, linear TV, over-the-top and theatrical viewership intelligence with advanced audience insights, Comscore allows media buyers and sellers to quantify their multiscreen behavior and make business decisions with confidence. A proven leader in measuring digital and TV audiences and advertising at scale, Comscore is the industry’s emerging, third-party source for reliable and comprehensive cross-platform measurement. To learn more about Comscore, visit www.comscore.com. 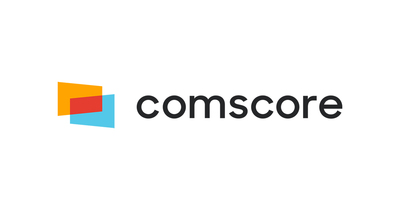