MIAMI, July 19, 2021 /PRNewswire/ — The Greater Miami Convention & Visitors Bureau (GMCVB) announced today that David Whitaker has been appointed the next President & CEO of the destination marketing organization (DMO) for Greater Miami and Miami Beach. The appointment is a homecoming for Whitaker who served as a member of the GMCVB team for 17 years (1990 – 2007), most recently as the organization’s Executive Vice President & Chief Marketing Officer. Five years prior to that, he served on the executive staff of the United Way of Miami-Dade. 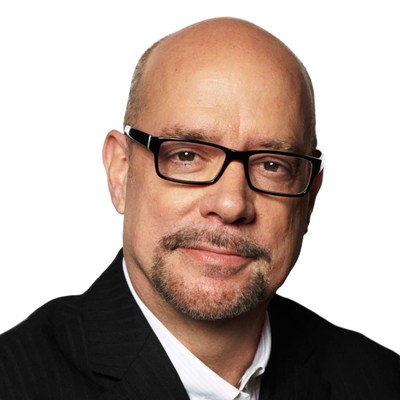 Whitaker left Miami initially in 2007 due to an appointment to the role of President & CEO of Tourism Toronto (now known as Destination Toronto), the DMO for Toronto, where he led the organization for eight years. During his tenure in Toronto, the organization was voted North America’s top convention and visitors bureau and convention center in a poll of over 650 meeting planners. Whitaker led successful bids to host an NBA All-Star Game and a Pan American/Parapan American Game.

Upon conclusion of his tenure in Toronto and over the past five years, Whitaker has served as the President & CEO of Choose Chicago, the DMO for Chicago. During his tenure in Chicago, he had the responsibility of promoting and selling the largest convention center in the United States, McCormick Place. Under his leadership, the DMO successfully bid on and hosted an NBA All-Star Game, an MLS All-Star Game, North America’s first Laver Cup international tennis tournament, a NCAA Frozen Four, and numerous international soccer and rugby events. Chicago, as a destination, has been voted in a prestigious poll of savvy readers of Condé Nast Traveler Readers’ Choice Awards as «Best Big City» to visit for an unprecedented four consecutive years (2017 – 2020), all of which occurred under Whitaker’s leadership.

«David brings back to us a rare and powerful combination – an immense wealth of experience and knowledge of our community, coupled with a significant world of experiences gained from promoting two of North America’s most diverse and global brands in Chicago and Toronto,» said GMCVB Chairman Bruce Orosz. «This combination, particularly with both cities he led excelling as major convention and event destinations, will help our hospitality industry and our partners take Greater Miami and Miami Beach to the next level. «David has also had great success in promoting diverse communities and exhibits a powerful passion for promoting diversity, equity and inclusion».

Whitaker was selected at the conclusion of a comprehensive six-month national executive search conducted by a specially appointed 14-member search committee comprised of local business and community leaders who reflect Miami-Dade County’s ethnic, racial, gender and sexual orientation diversity, as well as the diversity of certain associations and industries in Miami-Dade County, particularly the hospitality industry. The search committee was advised by Mike Gamble, Chief Executive Officer of SearchWide Global, the preeminent executive search firm exclusively covering the DMO space and Jaret Davis, Co-Managing Shareholder of Greenberg Traurig, long-time outside counsel to the GMCVB. The search committee mandated a comprehensive search of all viable candidates, both locally and nationally, considering Miami’s unique nature as a destination. The search committee further mandated that the slate reflect Miami-Dade County’s rich diversity, ultimately resulting in a set of first round interviews, 75% of which was diverse from a gender, ethnic and LGBTQ perspective and 25% of which consisted of African-American representation. The second-round interviews included 50% diverse candidates from a gender, ethnic and LGBTQ perspective, 25% of which consisted of African American representation. In total, the group, assisted by SearchWide Global, made inquiries or overtures to over 125 potential candidates from the local community, around the country and internationally, and conducted face-to-face meetings with eight candidates in the first round and four candidates in the second round.

«I am honored, thrilled and blessed to have the opportunity to return home,» said David Whitaker. «First and foremost, I have the privilege of following in the footsteps of two amazing mentors and leaders – Merrett Stierheim and Bill Talbert. Secondly, I am joining an incredible team in place with a long legacy, and decades of promoting Greater Miami and Miami Beach as one of the world’s most distinctive and desired brands.»

Whitaker will formally assume the role of President and CEO, effective August 16, 2021, but is expected to be formally introduced to the community at large at the GMCVB’s annual meeting held in October 2021. Bill Talbert, the GMCVB’s current President is anticipated to remain employed by the GMCVB in a consultancy capacity until October 2022 to assist Whitaker with transition matters.

Members of the Search Committee include:

The Greater Miami Convention & Visitors Bureau (GMCVB) is an accredited not-for-profit sales and marketing organization whose mission is to attract visitors to Greater Miami and Miami Beach for leisure, business, and conventions. For a vacation guide, visit our website at www.MiamiandBeaches.com or call 1.888.76.MIAMI (US/Canada only) or 305.447.7777. To reach the GMCVB offices, dial 305.539.3000. Meeting planners may call 1.800.933.8448 (US/Canada only) or 305.539.3071 or visit www.MiamiMeetings.com. To get further engaged with Miami and Miami Beach, join the conversation by following us on our social media channels at Facebook.com/visitmiami, Twitter.com/miamiandbeaches, Instagram.com/miamiandbeaches and Pinterest.com/miamiandbeaches.