PARK CITY, Utah, Oct. 5, 2020 /PRNewswire/ — Jack Wolfskin, a global producer of outdoor apparel and gear, has appointed André Grube as the Company’s new Chief Financial Officer, effective October 1, 2020. In this role, Grube will be responsible for Jack Wolfskin’s finance, tax and legal, HR and office management functions. Grube succeeds Ante Franicevic, who has decided to leave the Company on October 15 to pursue new professional opportunities after a short handoff.

«I am delighted that with André Grube, we have been able to recruit an experienced financial expert from the outdoor industry,» said Jack Wolfskin CEO, Melody Harris-Jensbach. «His responsibilities in particular include the completion of the full integration of Jack Wolfskin into our parent organization, Callaway Golf. We thank Mr. Franicevic for his achievements at Jack Wolfskin.»

Mr. Grube is joining Jack Wolfskin from the Swiss outdoor company Mammut Sports Group. In his role as Group CFO, he was responsible for the Finance Department as well as HR, Inventory Management, Logistics and Strategic Planning since 2018.

During this time, Grube was instrumental in developing important organizational and strategic changes within the Company. He also made a significant contribution to Mammut Sports Group’s increased global success and profitability. Before joining Mammut Sports Group, he held positions in the finance departments of PepsiCo Germany GmbH, Punica Getränke GmbH and Procter & Gamble International.

About JACK WOLFSKIN
Jack Wolfskin is a major producer of outdoor apparel and equipment headquartered in Idstein, Germany, with a North America office in Park City, Utah. Founded in 1981, the company has grown to become a leading outdoor brand across Europe and Asia. The Company is rooted in sustainability and focused on designing ethical and eco-conscious products, as well as promoting fair and humane working conditions.

In January 2019, Jack Wolfskin was acquired by Callaway Golf Company. 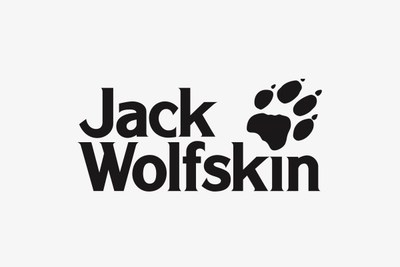