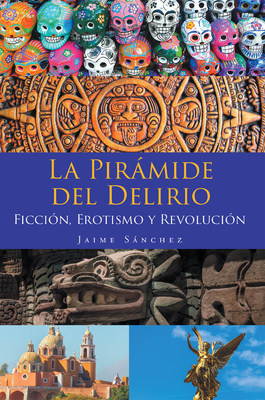 Jaime said this about his book: «In Cholula, Mexico, the city surrounded by the Iztaccíhuatl, Popocatépetl, and Malinche volcanoes, the city that refuses to leave behind its pre-Hispanic magic, and which is home to the Quetzalcóatl pyramid, the largest in the world. In 1914, when not only the great world war broke out, but Mexico was the bloody heart of the Mexican revolution led by Zapata and Carranza and that it had been contained by the bloody and chilling coup of Victoriano Huerta and Ambassador Lane Wilson in the tragic decade of 1913, which resulted in the deaths of Madero and Pino Suárez. Under this framework of deep social, economic, and political contradictions, the goddess Victoria and the feathered serpent Quetzalcóatl, embodied in a Zapatista peasant, meet to give rise to a passionate romance, who in turn wage an incarnate and entertaining cosmogonic struggle against the rude forces of the universe, represented by Tezcatlipoca and Mictlantecuhtli.»

Consumers who wish to bathe in the enigmatic and capricious beauty of Mexican mythology can purchase La Pirámide del Delirio: Ficción, Erotismo y Revolución in any bookstore, or online at Apple iTunes, Amazon.com, Google Play, or Barnes and Noble.

For additional information or inquiries, you can contact Page Publishing, through the following number: 866-315-2708.

About Page Publishing:
Page Publishing is a traditional full-service publishing house that handles all of the intricacies involved in publishing its authors’ books, including distribution in the world’s largest retail outlets and royalty generation. Page Publishing knows that authors need to be free to create, not bogged down with complicated business issues like eBook conversion, establishing wholesale accounts, insurance, shipping, taxes, and the like. Its roster of authors can leave behind these tedious, complex, and time-consuming issues and focus on their passion: writing and creating. Learn more at www.pagepublishing.com.