NEW YORK, Sept. 28, 2020 /PRNewswire/ — It was announced on Friday that global superstar Jennifer Lopez and baseball legend turned businessman Alex Rodriguez have become minority owners in Kitu Life, Inc., the makers of Super Coffee, which is now valued at over $240 million. Their partnership with Super Coffee is an important joint investment for Lopez and Rodriguez. 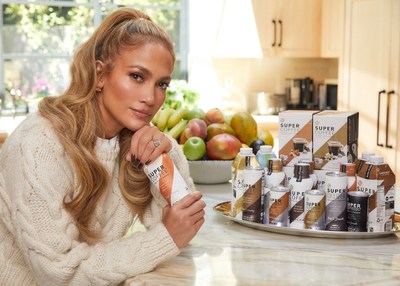 In just four years, the brand has become the fastest growing private company in food and beverage—and the third largest bottled coffee in the country behind only the Starbucks Frappuccino and the Dunkin’ bottled coffee (IRI, Total US Grocery, July 2020).

«We like winning companies. We like winning founders. Founders who have energy. Founders who are coachable. The brothers behind Super Coffee fit the bill. They have built a strong business in a short time and we look forward to helping the brand reach its full potential,» said Rodriguez.

«When Alex and I first heard the Super Coffee story and tasted the product, we wanted to be a part of it. We knew we could use our networks to build this brand globally,» Lopez added.

This is not Rodriguez’s first beverage investment. He joined Anheuser Busch’s Presidente Beer franchise as Chairman in January of 2020. Super Coffee is nationally distributed by Anheuser Busch.

Rodriguez first discovered Super Coffee as a guest judge on Shark Tank in 2018. The DeCicco brothers pitched their product on the reality show, and while they struck out, Rodriguez saw a home run of an opportunity that his colleagues overlooked.

«My brothers and I are thrilled to continue building our business alongside Jennifer and Alex,» said Jim DeCicco, CEO of Super Coffee. «Over the last four years, our team has worked tirelessly to ensure that Super Coffee is available in grocery stores and gas stations across the country. We’re now ready to drive national awareness of the brand and there’s no better duo [than Jen and Alex] to help us do just that.»

The DeCicco brothers are on a mission to mass-produce Positive Energy and the impact is tangible. So far this year, Super Coffee has removed over 500 million grams of sugar from America’s diet.

Originally created for student-athletes, the coffees and creamers have quickly evolved to become a staple for over one million busy Americans looking for a fix of great-tasting, guilt-free energy to sustain them throughout their day. «The response has been incredible», said Founder and COO, Jordan DeCicco. «We’ve been inundated with messages from such a wide range of people and personalities, it’s been fascinating to see all of the places Super Coffee has caught on, from busy households to hospital break rooms.»

About Super Coffee
Super Coffee is sold in over 25,000 stores across the country and on Amazon. In 2020, Inc. 5,000 named it one of the fastest growing food and beverage companies. Developed in college by three brothers and former student-athletes, the brand ethos focuses on spreading Positive Energy through its line of beverages, which include cold and hot coffee options, including Super Coffee, Super Creamer, Super Espresso, Super Cold Brew, and Super Coffee Pods. Whether on the go or refueling post-workout, the products are fortified with additives that help promote focus and wellness. With no added sugar and an infusion of MCT oil, Super Coffee’s indulgent flavors provide the caffeine, protein and sustained energy needed to take on the day. Super Coffee is based in New York City with 90 full-time employees nationwide. Products can be found in Target, Walmart, Kroger, CVS, and other supermarkets nationwide. To learn more about the brand, visit www.drinksupercoffee.com. 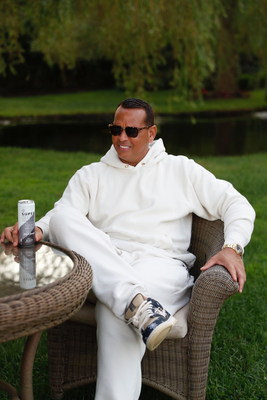