ATLANTA, July 8, 2021 /PRNewswire/ — Levitate Media, a privately owned video production company founded in 2009, has been recognized with eight 2021 Telly Awards, which honor the world’s top video and television campaigns. The winning productions include both live-action and animated client work for Linden Lab / Second Life, HID Global, and Cloudcover – and were selected out of 12,000 campaigns across the world. 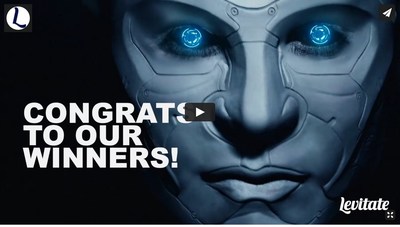 «The Telly Awards celebrate the best work in video and we are incredibly honored to have received 8 Telly Awards this year,» said Liz Towery, Chief Executive Officer at Levitate Media. «Winning the Gold People’s Telly is particularly humbling knowing that others in and outside the industry voted for our production.»

Founded in 1979, the Telly Awards honors excellence in video and television across all screens and is judged by the Telly Award Judging Council, a group of leading video and television experts from some of the most prestigious companies in entertainment, publishing, advertising, and emerging technology, such as WarnerMedia, NBC News, Framestore NY, and Vimeo to name a few.

About Levitate Media
Levitate Media is a video production company specializing in animated and live video. For over 10 years, they have helped companies of all shapes and sizes increase their brand impact by harnessing the power of affordable video.

About the Telly Awards
The Telly Awards annually showcases the best work created within television and across video, for all screens. Receiving over 12,000 entries from all 50 states and 5 continents, Telly Award winners represent work from some of the most respected advertising agencies, television stations, production companies and publishers from around the world. The Telly Awards recognizes work that has been created on the behalf of a client, for a specific brand and/or company (including your own) or self-directed as a creative endeavor. https://www.tellywards.com/about/about/.