PHILADELPHIA, Aug. 12, 2021 /PRNewswire/ — Live! Casino & Hotel Philadelphia today announced the launch of a new partnership deal with Pro Bowl Quarterback, NFL Player of the Year and Philadelphia Eagles Hall of Famer Ron «Jaws» Jaworski. The new agreement with the legendary Philadelphia fan favorite includes a series of special event appearances at the property, plus opportunities to serve as a spokesperson for the gaming and entertainment destination. Jaworski will also partner with Live! on its philanthropic activities and community outreach. 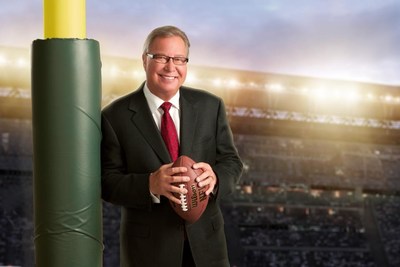 «Since Live! opened earlier this year, I’ve continued to be impressed not only by the beautiful facility they’ve created, but by their passion and commitment to the City of Philadelphia,» said Jaworski. «They take a family and community approach to everything they do, which matches my own values and commitments in business, so I’m thrilled to be part of the Live! team.»

Aside from his storied history on the football field, Jaworski remains committed to civic activity and philanthropy and has received numerous recognitions for his community service. Jaworski is committed to the Jaws Youth Playbook, which focuses on a mission to improve the overall health and wellness of at-risk youth, primarily in the Greater Philadelphia Region. To date, the Jaworski family is proud to have donated over $6 million to at-risk youth.

One of the first partnership opportunities for Jaworski and Live! will be a TV and radio commercial taping for PlayLive.com, the company’s branded Internet gambling business in the Commonwealth of Pennsylvania.

«Ron Jaworski is a Philadelphia legend, and we are honored to officially welcome him as part of the Live! family,» said Joe Billhimer, Executive Vice President, Cordish Gaming Group. «Jaws has been an active supporter of Live! Philadelphia since the very beginning, so we are excited further our relationship with him through this partnership.»