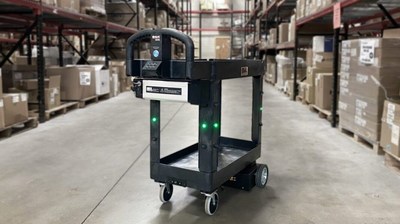 MARC is a mobile autonomous robotic cart that MūL Technologies launched just five months ago. It is designed to easily, efficiently and safely move and deliver parts, tools, supplies, products and other items to locations throughout warehouses and manufacturing facilities. MARC can transport up to 200 lbs., reducing the need for workers to carry and transfer items and, in today’s COVID world, helps minimize worker to worker contact.

«We’re honored that our flagship product has been recognized as the Coolest Thing Made in Wisconsin,» says Dan Armbrust, founder and CEO of MūL Technologies. «MARC is an extremely affordable product that can be deployed quickly in a variety of environments to elevate the efficiency and expediency of employees and company operations. We will be expanding our product line with other innovative, approachable robotic products soon.»

To earn the award, MARC bested three other top competitors – electric rope shovels made by Caterpillar Global Mining in South Milwaukee, adaptive clothing made by C.C. moo LLC in Stoughton and nano preemie diapers made by Kimberly–Clark in Neenah.

MARC works without WiFi and can be programmed in just five minutes with up to five different destinations. To program it, users simply push the cart to a destination and press a location button for three seconds, recording it as a known stop. To deploy the cart, users simply tap a button to direct the cart to a pickup or delivery location.

MARC utilizes a combination of sensors to map locations and avoid obstacles in real time. It has a 3D depth camera, 16 proximity sensors and LIDAR to scan its environment and path.

Since MARC uses commercial off-the-shelf (COTS) components and minimal custom hardware, it is one of the most cost-effective robotic solutions on the market, making it affordable for small businesses and companies of all sizes. MARC can be ordered online at multechnologies.com for $9995.

MūL Technologies, based in Mequon, Wis., was founded in 2018 by Dan Armbrust to offer simple, cost-effective robotic solutions for businesses everywhere, «Robotics for the Rest of Us.» MARC™, an affordable mobile autonomous robotic cart, was launched in June 2020 and is the first product from MūL Technologies.

Dan Armbrust is a successful company founder and CEO. In 1983, he co-founded Softworks with $600. The initial software the company produced was a DOS shell for the Commodore 64 called ‘Softfiler.’ In 1985, he dropped out of college to devote his full-time efforts to Softworks.

In 2005, he and the team set up an overseas WOFE in Shanghai, China, envisioning duplication of the successful Low Volume high Mix (LVHM) philosophy. The Asia division is a successful part of the GMI Solutions strategy.

Armbrust continues to provide overall direction to GMI and its leadership team. He also sits on several boards and has received numerous industry awards and recognition. To help mentor budding entrepreneurs, he founded and funded a successful top 15 startup accelerator gener8tor. 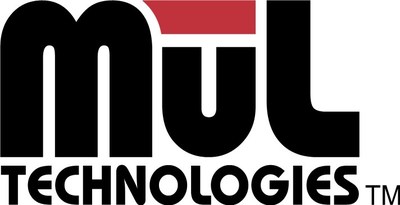 SYSTRAN and FAPCOTECH-Kuwait entered into a business partnership