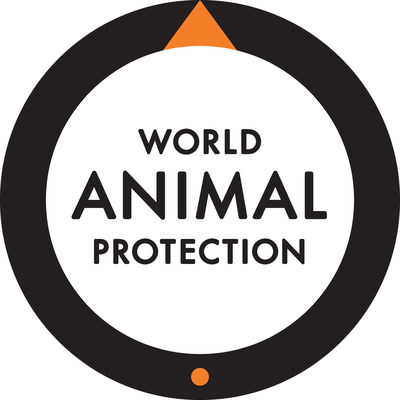 In these videos, an animal, such as a monkey, dog or reptile, is filmed to be the prey and  set upon by a large predator, such as a snake or crocodile. The videos show scenes such as a panicked monkey being trapped in the grip of a reticulated python, as they desperately try to break free. In these clips you can hear the terrified cries of the animals as they fear for their lives. Although the prey animals are eventually rescued, they face visible distress and trauma, and shouldn’t have been in such a terrifying situation in the first place. This cruelty is set-up and inflicted for entertainment.

This follows on from a recent investigation by Lady Freethinker that identified 17 such videos, across six different channels, collectively accumulating over 40 million views, with almost three million subscribers.

In their report Views that abuse, researchers from World Animal Protection have uncovered:

Animal advocate, comedian, actor, and director, Ricky Gervais, has spoken out on the videos, calling for YouTube to take action, saying

«Just when you think you’ve heard it all, humans think of another way to be cruel to animals.

«We can and should protect animals, but we can’t do this without serious action from the companies that enable their abuse.»

Concerningly, the investigation found that 47 new fake animal rescue videos have been posted since the end of March 2021, after YouTube publicly pledged to crack down on animal cruelty content. These videos came from 15 different channels with over 2.7 million subscribers and have collectively accumulated over 7 million views.

Due to the popularity and viewing numbers, the content producers will also be making money from advertising, meaning that they are profiting directly from people who watch animals suffer.

Along with the animal welfare implications, the investigation also highlights serious conservation concerns associated with this type of entertainment, as ‘Endangered’ and ‘Critically Endangered’1 species such as the Siamese crocodile, Elongated tortoise, and Lar gibbon feature in the videos.

The global NGO has written to YouTube, calling for them to live up to their promise and act on this issue urgently. Although so far, cries have fallen on deaf ears with YouTube relying on the general public to report cruelty. Regardless, the research showed that many of these videos have been up on the site for months, showing that the current system in place doesn’t work.

Ben Williamson, Programs Director, World Animal Protection US said: «This is cruelty at its worst and this has serious welfare implications for all animals involved. There is no doubt that the animals in these videos will have suffered from injuries and severe psychological trauma, just for cheap thrills for viewers at home.

«Filming will likely require many takes, meaning long periods of suffering. No doubt many of these set ups even go wrong, meaning that both animals – prey and predator, are having their lives risked. Who knows how many fatalities happen behind the scenes? Even those filming it are potentially putting themselves in harm’s way.

«We also worry that these videos are becoming more popular, with more variety of species, and the severity of suffering getting worse. Each day that these clips stay online, they rack up more viewers, and the more popular this phenomenon becomes. If urgent action isn’t taken, we could see a whole surge of copycat content emerge – putting more animals and people at risk.

«Whether it’s the prey or predators, these sentient beings are not props, playthings or entertainers for shocking YouTube videos – they are wild animals.»

This research follows on from World Animal Protection’s pioneering work with Instagram, that alerted them to the explosive trend of posting wildlife selfies on the site. Due to our work raising awareness of the issue and our constructive discussions with them, the platform acted to resolve the situation. Specifically, we documented through our research – ‘A close up on cruelty’,  that this harmful selfie trend was driving the suffering and exploitation of some of the world’s most iconic animals across the globe, such as sloths and monkeys.

Investigators found that animals are snatched from the wild – often illegally – and used by irresponsible tour operators who cruelly exploit and injure wildlife to entertain and provide harmful photo opportunities for tourists.

At the time this report was published, some of the fake animal rescue videos had been taken down in response to media attention focused on this issue. However, the vast majority of the content described in this report was still publicly available.

World Animal Protection is calling on YouTube to live up to its promise and immediately remove the abusive content that clearly violates its stated community standards2. Longer term, YouTube should publicly share their plans to proactively prevent cruel content going up in the first place rather than relying on the public to report it. Funds, resources, and time need to be channelled to end this cruelty at once.

How to spot a fake rescue video:

1 Official status according to the IUCN Red List of Threatened Species.
2 YouTube’s guidelines explicitly list the following as prohibited: ‘Content where there’s infliction of unnecessary suffering or harm deliberately causing an animal distress’ and ‘Content where animals are encouraged or coerced to fight by humans’ – https://support.google.com/youtube/answer/2802008?hl=en&ref_topic=9282436