SEATTLE, July 16, 2021 /PRNewswire/ — United Way of King County is honored to announce David Burman as new board chair for fiscal year 2022, which started July 1. He is a partner at Perkins Coie and has been a United Way board member since 2017. 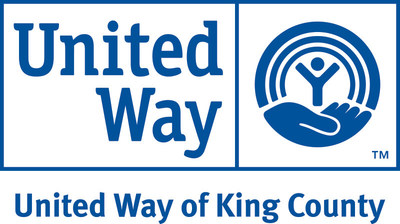 Burman has been an active supporter of United Way of King County for his entire career, and he feels even stronger now.

«In a region blessed with strong support for helping those in need, United Way of King County has developed into the single most important nongovernmental organization for individuals and companies to join together in that effort,» Burman said. «I’m thankful to be able to play a small role as chair in continuing to sharpen United Way’s focus on systemic solutions and on addressing the long-term effects of racism.»

Gordon McHenry, Jr., United Way of King County president and CEO, welcomed Burman and the new members of the board.

«I have known Dave since 1981. He is a highly skilled attorney and a passionate and effective advocate for systemic change, as well as racial and social justice,» said McHenry. «The Puget Sound region has benefitted greatly from Dave’s decades of community support and leadership. We’re excited to have Dave as chair of the board during such a critical time for the region and especially for our neighbors struggling with the many impacts of COVID-19 and racial injustice.»

Burman works in Perkins Coie’s litigation practice. He clerked for Supreme Court Justice Byron White and for Judge Spottswood Robinson on the Washington, D.C. Circuit. He has argued twice before the U.S. Supreme Court.

ABOUT UNITED WAY OF KING COUNTY

United Way of King County we’re building a community where people have homes, students graduate and families are financially stable.