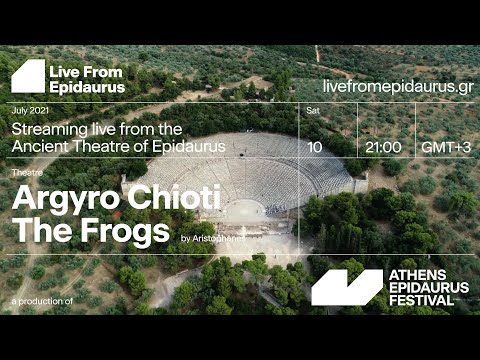 ATHENS, Greece, July 5, 2021 /PRNewswire/ — As the world is still reeling from the pandemic and exploring new ways to re-ignite theatre in the COVID-19 era, the Athens Epidaurus Festival invites international audiences to the most beautiful theatre of the ancient world for a live broadcast of Aristophanes’ comic masterpiece The Frogs, by acclaimed director Argyro Chioti in her Ancient Theatre of Epidaurus debut. The play includes a stellar cast of renowned Greek theatre actors and a strikingly original musical performance.

Following last year’s hugely successful live streaming of The Persians by the National Theatre of Greece, watched by over 100,000 viewers worldwide, The Frogs will be streamed live on July 10 at 21:00 Athens time (GMT +3), with the support of the Hellenic Ministry of Culture and Sports, in collaboration with Google Greece. The performance will be available worldwide (with the exception of Greece) and exclusively through livefromepidaurus.gr and at the Festival’s official YouTube channel, Athens Epidaurus Festival, free of charge, although donations are welcome. The performance will be in Greek, with English subtitles, and lasts approximately 1 hour and 45 minutes.

Written in 405 BC, at the end of the Golden Age of Pericles, The Frogs is one of Aristophanes’ timeless and most beloved masterworks. The play tackles the descent of god Dionysus to the Underworld, where he embarks on a quest to bring the best tragic poet back to the world of the living, in an attempt to restore theatre to its former glory. Thank to this play, culminating in an iconic scene of poetic «duel» between Aeschylus and Euripides, Aristophanes provides a scathing commentary on the bankrupt political values of his time. A delightful gem by a writer whose work remains as relevant as ever. 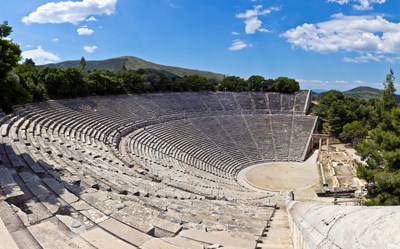