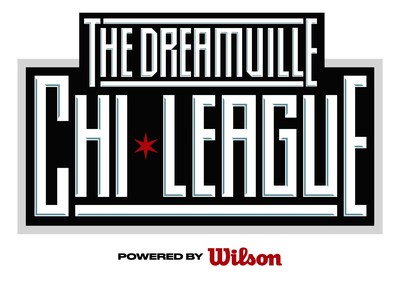 As part of Wilson’s commitment to the basketball community, the new official game ball supplier of the NBA is partnering with Dreamville, one of the most successful and influential brands in entertainment today to relaunch the three-week tournament in its hometown of Chicago, inclusive of community engagement and youth-enrichment programming. Inspired by a shared and deep-seated passion for the game of basketball, Wilson and Dreamville are joining forces to revive one of the game’s most celebrated competitions.

«Bringing Chi-League back to our hometown is an incredible honor for Wilson and perfectly complements our partnerships with the NBA, WNBA and NCAA,» said Kevin Murphy, General Manager, Wilson Team Sports. «Partnering with Dreamville couples our performance credibility with their lifestyle relevance, bringing the best of basketball culture together, both on and off the court.»

With this partnership, Dreamville – the title sponsor of Chi-League – also becomes the Official Sound of Wilson Basketball. Originally founded as a Grammy Award-winning and platinum-selling record label, the modern multidisciplinary entertainment and media company now lives at the intersection of sport, music and culture and is uniquely positioned to reimagine Chi-League like never before. Dreamville plays an integral role in the return of the tournament, helping to broaden the appeal, drive player interest, curate halftime music performances and other weekend entertainment, design custom warmup apparel, and offer other in-game experiences for fans.

«Chicago has supported Dreamville and its artists from the beginning. It’s a privilege to infuse our brand with the rich legacy of the Chi-League, while also helping to celebrate the unique culture of the city of Chicago,» said Dreamville Executive Vice President Candace Rodney. «The revamped Dreamville Chi-League will help bring back a competition ingrained in community and to make this all happen, there’s no better partner than a hometown hero like Wilson.»

Known to bring together current NBA stars, former collegiate standouts and local high school legends, the NBA-sanctioned pro-am will feature a men’s bracket consisting of eight 10-player teams in a single-elimination tournament hosted at Chicago State on Sunday, Aug. 8, Aug. 15 and Aug. 22. For the first time, Chi-League will include a women’s bracket comprised of four 10-player teams that will play the final two weekends, following the same format.

Wilson and Dreamville has partnered with long-time Chi-League organizer Jobba Maxey to manage the event and engage the community. A Chicago native and one of the creators of the Chicago United Hoops Classic, Maxey will apply his past expertise and act as tournament director and head of basketball operations.

When planning the comeback, allyship through the power of sport was equally as important as continuing Chi-League’s on-court traditions. Through the new Chi-League, Wilson will work alongside Dreamville to provide the opportunity to build bonds with its local Chicago basketball community in multiple ways:

Specific details on surrounding events, rosters and game times will be available in the coming weeks.

About Wilson:
Chicago, USA-based Wilson Sporting Goods Co., a subsidiary of Amer Sports Corporation, is the world’s leading manufacturer of high-performance sports equipment, sportswear and accessories. The Company brings more than a century of innovation to sport at every level of play. It uses player insights to develop products that push equipment innovation into new territories and empower athletes at every level to perform at their best. Visit www.wilson.com for more information.

About Dreamville:
Founded by Grammy Award-winning and multi-platinum hip-hop artist J. Cole in 2007, the organization is home to Dreamville Records, a critically acclaimed and commercially successful record label distributed in partnership with Interscope Records. Dreamville Records is currently home to a variety of both established and up-and-coming music artists, including J.I.D, Ari Lennox, Bas, EarthGang, Cozz, Lute, and Omen.

Launched in 2020, Dreamville Studios develops and produces all things TV, film, podcast, and digital content, both original and acquired. Dreamville Studios most recently released The Messenger podcast to critical acclaim, in addition to a diverse slate of studio and independent content in both development and production, as well as gearing up for release.

Additionally, the company created the Dreamville Festival in J. Cole’s home state of North Carolina offering a highly curated experience with local culture, food, art, and performances from some of the biggest names in music today. With over 40,000 ticket buyers from across the globe regularly in attendance, Dreamville Festival quickly became one of the largest annual events in the state of North Carolina as well as one of today’s most popular artist-run music festivals.

Dreamville has now evolved into the modern multidisciplinary entertainment and media company, Dreamville Ventures, which serves as the parent company of all the aforementioned divisions. As a diversified cultural hub, Dreamville continues to cultivate and create music, content, live events, and streetwear as well as compelling ad campaigns with the industry’s biggest brands. To learn more, visit dreamville.com.